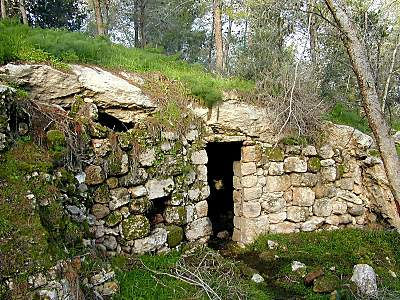 Today there are many caves at the site and it's not clear which one or ones
David used, as many have been used and modified in the years since.

While he was here, 400 men who were in debt, distress or discontent, gathered around David. 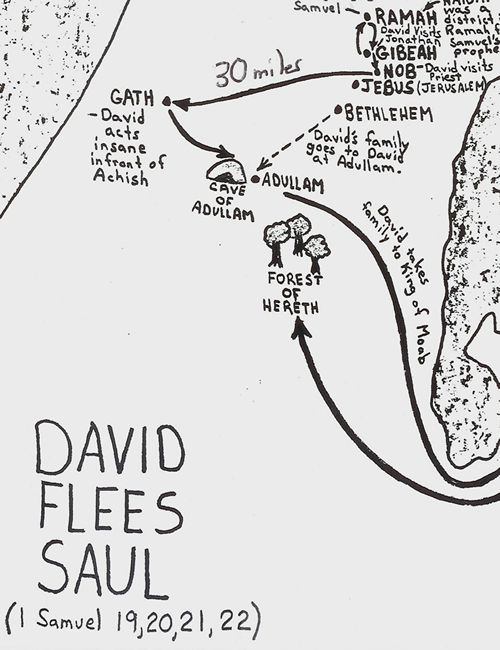 The ephod was the sacred vestment of the High Priest. It was constructed of
two pieces of embroidered linen, and covered the back and the chest.
The Ephod was worn under an attached breastplate set with twelve precious
stones representing the twelve tribes of .

1 Samuel 23:6, “Now Abiathar son of Ahimelech had brought the ephod
down with him when he fled to David at Keilah.”