“This is the account of account of the families of Shem, Ham, and Japheth, the three sons of Noah. Many children were born to them after the great flood. ”

10:5 – “From these the maritime peoples spread out into their territories by their clans within their nations, each with its own languages. 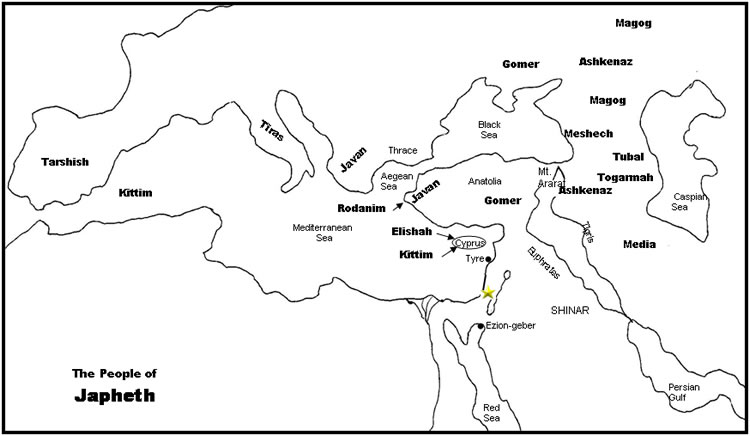 “May God extend the ; may Japheth live in the tents of Shem.”

“From one man he made every nation of men that they should inhabit the whole earth.”

The Bible distinguishes people as tribes, clans or national groups since they all come from Noah.

Evolution uses the word “race” which places people groups on different levels of the evolutionary scale.

How did the different skin colors originate?

Before the of people lived in the general area of , spoke the same language and shared a common culture.  No borders, no language barriers, no culture differences.  Their skin color stayed basically the same because marriage would have been unhindered by borders, language and culture.  The confusion of language put these people into pockets which caused limited choices for marriage.

10:18-20 – “Later the Canaanite clans scattered and the borders of Canaan reached from toward Gerar as far as , and then toward , Gomorarah, Admah and Zeboiim, as far as Lasha.  These are the sons of Ham by their clans and languages, in their territories and nations.”

10:30-31 – “The region where they lived stretched from Mesha toward Sephar, in the eastern hill country.  These are the sons of Shem by their clans and languages, in their territories and nations.”